Revenue from coffee exports to Arab countries up 25% 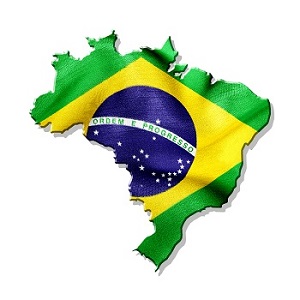 In 2017, 5% of foreign sales of the product from Brazil went to that region. Lebanon and Syria imported the most, volume-wise, and Algeria and Iraq increased their imports the most compared with 2016.

The Arab countries that imported the biggest amounts of coffee from Brazil were Lebanon, at 397,334 bags; Syria, at 256,079 bags, up 6.3% despite the country’s domestic scenario; and Jordan, at 189,726 bags, up 85.7%. Saudi Arabia, the United Arab Emirates and Tunisia were other major importers. Each bag contains 60 kg of coffee.

Cecafé president Nelson Carvalhaes remarked that Arab countries are inextricably tied to the origins of coffee – so much so that the main variety of coffee is named Arabica. “After the plant originated in Ethiopia (during the 9th century), Arabs started consuming it (at first in Egypt and Sudan), and then it spread to Europe and the rest of the world.”

Carvalhaes also mentioned the relevance of Arab countries to Brazilian coffee sales. “The Middle East is a key partner, and Brazil’s sales to those countries, which are extremely important, are increasing in a significant way. We export different qualities of coffee, and they enjoy great que acceptance from Arabs. They are amazing partners, and we hope to build ever-stronger ties with them.

Overall, coffee exports from Brazil were down 10.1% in volume to 30,790,974 bags shipped. Revenue was down from USD 5.4 billion in 2016 to USD 5.2 billion in 2017. Coffee was the fifth most exported agribusiness product from Brazil, with a 5.4% share of overall exports. According to Carvalhaes, 2017 results were in keeping with market forecasts, considering that the weather factor weighed down on output over the past few years.

Cecafé expects a recovery in the second half of 2018 as a new crop comes in. “It all leads us to believe that as of July we’ll see a good crop, with new crops being planted, good crop handling, and good rainfall rates, all of which hint at an optimistic scenario,” said Carvalhaes.