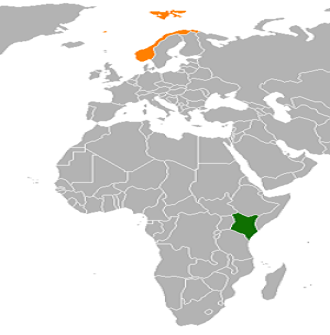 Freight in Time (FiT), has received Sh1 billion in equity financing from the Norwegian government to help drive expansion in eastern Africa

A Kenya-based logistic firm, Freight in Time (FiT), has received Sh1 billion in equity financing from the Norwegian government to help drive expansion in eastern Africa.

The Norwegian government bought the stake through its investment fund Norfund, which has interest in the region.

“To undertake the envisaged expansion, we needed to partner with a long term investor that also could contribute with professional competency and non-financial support. Norfund is exactly the kind of investor we needed,” said FiT.

Norfund managing director Kjell Roland said that the investment was aligned with their strategy to contribute to sustainable enterprises and economic development in the agribusiness sector value chain within the region.

“A well-functioning logistics sector plays an important role for most companies, not the least for the successful East African vegetables and horticulture export business, and Norfund is delighted to contribute to FiT’s further growth and success,” he said.

Mr Shamit Shah, FiT’s managing director said part of the money would be used to expand their courier and express services business across the country.

“We are looking forward to having a warehousing facility at the Jomo Kenyatta International Airport (JKIA) that will handle the courier, open up shops in both Mombasa and Nairobi which will act as pick up and drop points as well as purchase a fleet of delivery vans and motorcycles,” he said.

Mr Shah said that by virtue of Kenya being a transit hub for 17 African countries including the eight countries it operated in, it was only viable for them to invest in specialised temperature controlled warehousing services that has enabled them to handle time sensitive humanitarian and pharmaceutical movements across the region.

“We have been dealing with a lot of horticultural crops and pharmaceuticals in the cargo we have handled and putting up half of the money into expanding our current controlled facilities complete with vehicle fleets will do well for the business,” he said.

They recently became the largest shareholder in Equity Bank Group and have stake in the Lake Turkana Wind Project. They have invested an estimated Sh45 billion in various sectors across East Africa.

Kenya is a key gateway to the region in that its main Mombasa port handles imports such as fuel and consumer goods for Uganda, Burundi, Rwanda, South Sudan, the Democratic Republic of Congo and Somalia and exports of tea and coffee from the region.